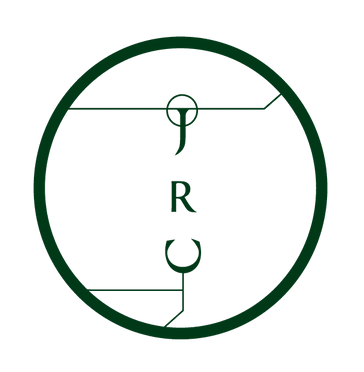 The average civilized person, even when relaxed, would find it difficult, if not impossible, to do a low level squat, or for that matter, touch their toes. They soon realize these postures that most children can do with ease are restricted due to the pain they harbor in their body.

Aside from physical injuries, this type of stiffness is something most of us just learn to live with, normalize, accept as part of our physical makeup. Sadly, rarely ever analyzed or remedied, especially for men, who are often simply expected to be inflexible.

I grew up in Southern California, so Yoga was a right of initiation. And like so many guys, I was incredibly inflexible, and classes were grueling. The body trembling, the profuse sweating, always felt great afterward, but honestly, I could barely emulate the poses.

So I tried it a few times but soon found myself playing more tennis, running, or just going to the gym to deal with my body and stress. But like so much of our culture, I was just masking the root of the problem.

I attempted to reignite my relationship with Yoga during my years in Boston, but often being the only male in the class, and barely able to keep up, eventually wore me down.  Ironically Yoga has historically been male-centric?!

I moved to Los Angeles in 2015, was recently single and living alone. Work was stressful, and though I had cleaned up my diet, I was still suffering from chronic back pain and severe leg tension. My energy level was often bleak, even though I was exercising, I still suffered from stress, sleepless nights, and the occasional anxiety attack.

And even after all those years, I couldn't shake the feeling that Yoga had something to offer.  So I went back, tried several practices. But ultimately, so much of it was still just exercise. It wasn't until I found a more traditional Hatha Yoga practice that I finally experienced a deep and powerful breakthrough.

Imagine sitting crossed-legged, your spine tall and erect, both arms stretched out at a 60-degree angle, hands in a fist, except for your thumbs which are pointed upwards. Your eyes are closed and rolled up, focusing on the center of your forehead and you begin breathing in a rapid succession of inhales and exhales through your nose.

Now do this for five uninterrupted minutes, never relaxing your eyes, nor arms, never breaking your breath's rhythm. It's going to get challenging, but in this form of Yoga, the goal is to push through this stressed stillness (isometric pose) by cultivating a deep concentration.  The breath transports you to the other side of your mind, where you find a profound silence once you relax the pose.

Beyond the physical requirements, what this practice begins to reveal is that the body isn't the often the problem, but our noisy minds.  The work teaches us to cut through negativity while engaged in the exercise. This combination of mental focal points (Drishti's) breath-work and challenging still-poses ultimately begins to cultivate a profound mental state of clarity.  And you start to realize that you are not your mind, nor your thoughts.

That the truth is that most of our problems stem from our inability to sit quietly. That we suffer because our perceived reality is actually nothing more than a matrix of thought constructs, their associated belief systems, and their subsequent programmed emotional responses.

Knowing I had a choice in how I could react to situations started to become profoundly real.  And this was ultimately the most significant realization that got to the root of my stress and negative emotions.

To learn more about my Yoga practice, click here.